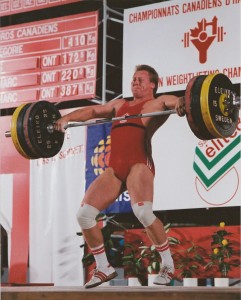 I was first introduced to the sport of Olympic Weightlifting at the age of 8 when my Father Ron Greavette began in the sport at the age of 31. He trained with the Spartak weightlifting team in Vancouver coached by Wes Woo. Wes was the Olympic coach in 1968 (Mexico) and 1976 (Montreal) with 3 Spartak lifters representing Canada at the Olympic Games (Paul Bjarnason – 1968, Wayne Wilson – 1972, and Keith Adams – 1972). The Spartak Club was one of the strongest clubs in Canada boasting as many as 5 Canadian champions at one time. In 1972 with the help of another weightlifter, Andy Fisher, my father decided to put in a concrete floor in our home garage. This was the start of the Vikings Weightlifting Club. The club was equipped with 2 platforms, a Power Rack, 2 sets of portable Squat Racks, 2 sets of training Blocks, 2 sets of ELEIKO, 2 metal Weider sets, a Hyperextension Bench, a dipping/leg raise station mounted to the wall, and a Bench Press. In the summer it was like a sauna and in the winter we only had a small heater on the floor and a lamp hanging on the wall. It might have been cold in the winter but due to so many 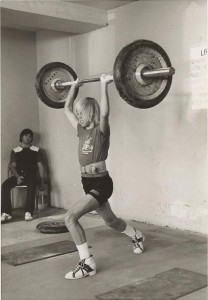 bodies (standing room only), the gym heated up really quick and you had to be careful of weights sliding off the bars due to the condensation. Not the greatest facility in the world but what it lacked in space and beauty, it more than made up for it with pure atmosphere and energy created by all the lifters. Prior to starting in the club I dabbled at lifting weights the odd time on an old exercise bar. My best lift from the ground to overhead was 80 pounds and my Father and his friend, Vic Larsen said they would give me all the change in their pockets if I could lift 85. I made the lift and thought to myself that this was a sport that would really pay off.  Although I did not make a lot of money and most of the time struggled to get by, it was a sport that paid off in many ways. 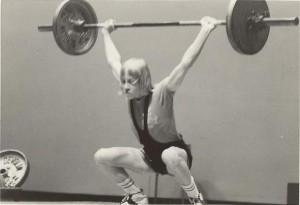 My first competition was at the age of 13 and at a bodyweight of 44.3kg I did a 30kg Snatch and a 47.5kg Clean & Jerk (C&J) at the Sunset Community Center in Vancouver. I came into the sport at a good time because I was able to be around so many great lifters over the years which fueled me to want to become as good or even better than they were. I had some great coaching early on in my career and to add to that coaching, I spent countless hours not only watching World Championship and Olympic Games 8mm tapes loaned to me by Wes Woo; I also did thousands and thousands of lifts with a broomstick in front of mirrors and windows at night. I am sure my neighbors thought I was crazy and they were right; I was crazy for the sport of Olympic Weightlifting.

Best Lifts in each weight category: 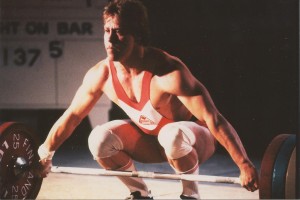 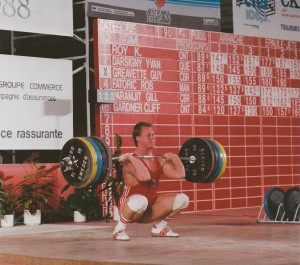 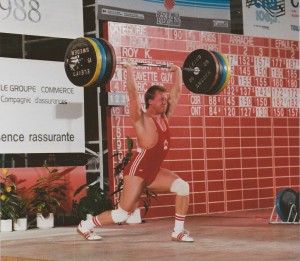